The Food industry uses batch manufacturing extensively and therefore requires traceability for material ingredients, i.e. the ability to follow the movement of a food product and its’ constituents all through the production process.

This capability not only largely prevents unsafe foods from reaching the consumer but also improves product quality and efficiency in the event of a recall.

Current traceability practices are generally unable to deal directly with bulk products, resorting to defining very large lots to compensate for the lack of knowledge of lot composition.  However, this approach fails to clearly identify affected product lots resulting in wide, expensive and highly impacting recalls.

There are approaches to dosing genealogy that differ in their perception of the extent of mixing of the materials in the container.  One approach, often referred to as plug flow, assumes that there is no mixing between lots added to a container, even though the lots of the ingredient materials, whether solids or liquids are deposited on top of each other in the vessel.  In this approach, it is presumed that a thin, invisible membrane is situated between each consecutive lot thus preventing mixing.  The control system then assumes that until the volume or weight of the initial lot is depleted that it (the initial lot) is the only lot being removed in the dosing operation.  When the initial lot is all used, the system then similarly assumes that only the second lot is being dosed out.  Perhaps, not unexpectedly, when the plug flow approach is used for dosing genealogy the likelihood of large volume recall is high.

A more practical approach modifies the plug flow assumption, allowing that there is a degree of mixing between the consecutive ingredients. Factors that affect the mixing band include how loading occurs, the shape of the vessel, and the length of time the lots have been stored in the vessel.  Recall costs become acceptable since the number of recalled batches is significantly reduced.  This approach is acceptable particularly when the mixing tendencies of the ingredients are well known.

A third approach, especially used on liquids, assumes that the ingredient materials are fully mixed.  Until the vessel is drained and cleaned any dosing genealogy is assumed to include some of all ingredient material lots introduced into the vessel.  One drawback to this approach is that when there is a long duration between drain-clean cycles, lot “A” is assumed to be in many product batches/lots in different concentrations, providing information to manage the size of the recall.  Maintaining a short duration between drain-clean cycles to avoid this issue is also expensive, leading the industry to design systems that utilize single-ingredient-lot vessels or containers.  This is a very safe approach that is often selected.

The combination approach also assumes complete mixing of all ingredient lots in the source vessel.  The composition of the batch in the vessel is assumed to be the percentage of each remaining ingredient lot.  Volumes removed for each lot are accumulated allowing the residual amount of the ingredient to be calculated.  This approach offers reasonable recall cost risk without necessitating drain-clean cycles, making it an attractive approach when the extremely safe third method is not selected.

A given approach may utilize a Composite Material Feed Equipment Module.  The Module requests delivery of an amount of an ingredient and then tracks and reports not only the total amount delivered but also an inventory together with lot ID’s that make up the composite mixture.  Several assumptions are made in this approach:

A risk analysis is used to choose how dosing genealogy should be determined in a specific situation.  The factors mentioned above must be carefully considered.  Producers who determine dosing genealogy appropriately balance risk and costs using engineering analysis to make the right assumptions and take advantage of the mathematical capabilities of modern Controllers.

After more than three decades of developing batch process control systems using a total process automation approach, ECS Solutions has had the experience and expertise it takes to build powerful, high-performing plants that produce high-quality yields. Contact us today and let’s chat about your Batch Manufacturing Improvement Needs! 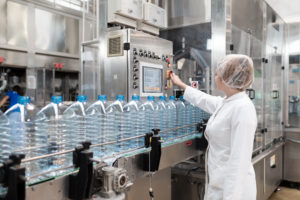 After more than three decades of developing batch process control systems using a total process automation approach, we have the experience and expertise it takes to build powerful, high-performing plants that produce high-quality yields. Because we are dedicated to performance improvement and innovation in batch manufacturing the approaches that we have developed over 40 years are all designed to BOOST production performance and quality. 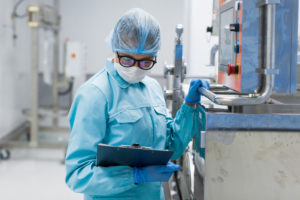 A Batch Solution To Address Immediate Needs And Future Improvements