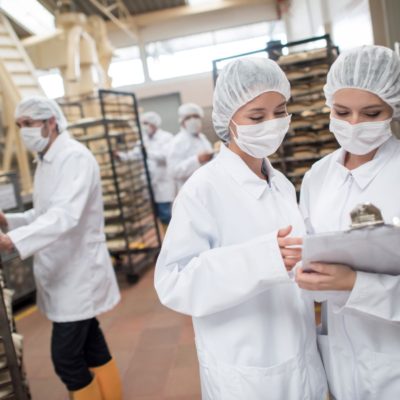 A large taste and nutrition company that produces flavored breadcrumbs requested assistance from ECS Solutions to install and upgrade a mixer associated with their breadcrumb line 1. The company had purchased the same type of mixer that is presently used in production but wanted the controls to operate in the same way as those in the existing mixer. Assistance was also requested to reconfigure two lines; the aforementioned breadcrumb line 1 & an additional bread crumb line.

The company had purchased a new mixer from Peerless Food Equipment and required assistance with its’ installation into the breadcrumb 1 line and modification to the controls.  The mixer was the same type as that being operated in the line, but the company wanted the controls to operate in the same way as those for the existing mixer 2. The new mixer was equipped with an HMI which ECS decommissioned and then programmed the existing mixer 2 HMI to operate both mixers. The operator interface terminal was also programmed to switch between the two mixers. The large taste and nutrition company had determined that these changes could significantly reduce the downtime being experienced by the line.