Case Study: Taking the Bottleneck out of the Packaging Line

Home / News / Case Study: Taking the Bottleneck out of the Packaging Line 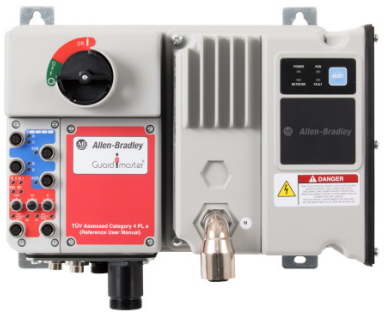 Case Study: Taking the Bottleneck out of the Packaging Line

ECS was requested to provide controls on the entire system as well as establishing communications with the stretch wrappers and the palletizers. The bulk of the work was the transfer of the pallets either down the line or into the line and onto two different areas where they could be picked up by fork trucks. The project was implemented in phases to limit any interference with production. The entire project required 73 conveyor sections, as well as turntables, driven by an Allen-Bradley ArmorStart VFD (variable frequency drive).  In total there were 84 ArmorStart VFDs.

The ArmorStart is a VFD that hangs on the conveyor itself and is not enclosed in a panel box. This reduces the amount of wiring required as well as avoiding the space necessary to accommodate panel boxes. Further, it avoids the need for air conditioning to cool the VFD as it operates. The arrangement does present additional challenges and demands different safety requirements. For example, the power distribution to the VFDs was a concern. Even though the power could be provided by way of a series of daisy chains, 15 different 480 VAC circuits were required to provide the amount of current involved.

The operator interface for the project was designated as an Inductive Automation Ignition application utilizing the Perspective Module. The Perspective Module is a visualization module for mobile-responsive industrial applications. Perspective uses HTML5, which enables applications for monitoring and control for any size screen, therefore it can be cast on tablets and phones if desired. Mobile tablets were added with this project for the fork trucks, allowing the operators to communicate with the system. ECS Engineers developed the programming for the tablets, as well as that required for stationary monitors.

ECS engineers did not experience any roadblocks that could not be worked around but did face several challenges. For example, the conveyor was split to create an aisle through the middle of the warehouse. Both foot traffic and fork truck traffic were allowed to use the new aisle. A transfer conveyor is incorporated into the system to link two sections of material handling conveyors, allowing pallets to be transferred across the aisle. ECS engineers determined how to provide the power safely and incorporated (at the company’s request) a traffic gate to prevent passage when the transfer conveyor was operating.  SICK laser sensors were used to scan the area and to shut equipment down if personnel was detected. The SICK laser scanner is about the size of a coffee pot, with a laser fitted inside that can scan the area.  ECS arranged for two of these scanners to be mounted on the transfer cart and programmed to operate when the cart was moving.

A further challenge in this project was to provide the safety required. When designing safety, it was important to consider the consequences of a power loss amidst operations. Another challenge was to communicate with the new palletizers and stretch wrappers (24 individual pieces of OEM equipment), each having a PLC.  Each piece of OEM equipment sent data to the Ignition application for reporting and display purposes.

The completion of the project resulted in the fork truck traffic being significantly improved. Off-loading occurs at one of two locations with convenient access to those areas. The introduction of the tablets allows easy access to data, to allow the identification of bottlenecks in production and the need for preventive maintenance. Data is also collected on the conveyor system itself and on the OEM work cells to determine the performance of the individual cells.